When March came in this year with wind and rain, ice and snow, and cold . . . well, I thought it meant we would have beautiful spring weather for Easter Sunday. But, no, our weather forcast calls for snow tomorrow!

As I walked the dogs this morning the sky was dark and some would say gloomy. But I know that beyond those dark clouds the sun is still shining. If you look close you can see glimpses of blue beyond the gray.

I can imagine how it must have been for those who had placed their hope in Jesus, only to watch Him die a horrible, painful, humiliating death on a cross. This what not what they had expected. Where was the conquering hero in this picture? And now what?

They were lost and discouraged, with no one to lead them. They huddled together in fear of what was to come. They forgot the lessons He had taught them. They were in shock. Regardless of what the weather was outside, they were enveloped in darkness. They could see no way out.

Sometimes we feel the same – troubles assail – sickness – relationships – finances – you name it – and we see no way out . . . 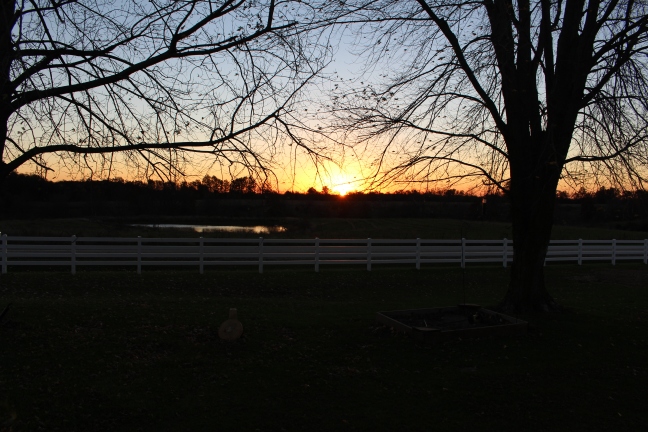 Then came the morning

The stone was rolled away

Hope rose with the dawn

Then came the morning

Shadows vanished before the sun

Death had lost and life had won

For morning had come

Listen to the words Bill Gaither wrote and you will understand the hope that is ours as followers of Jesus Christ.

Today is the Fourth Sunday in Lent and also the day we “spring forward” losing an hour of sleep. And it is snowing!

Church service was canceled this morning. Having a church in the middle of farm country, where most folks must travel some distance on back roads to attend has its disadvantages. But we like our little country church. 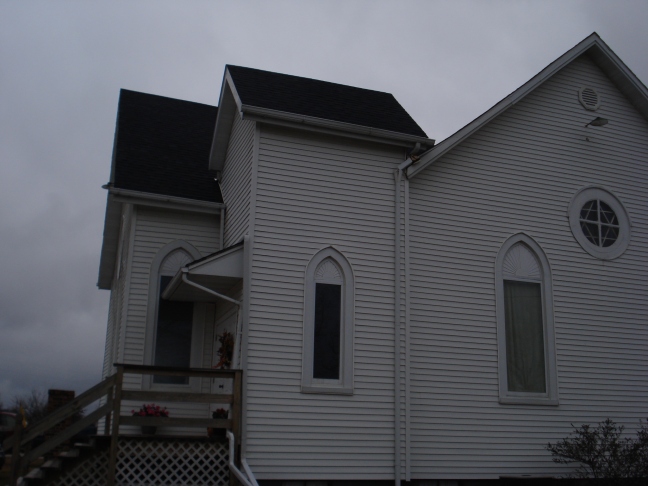 And so I am sitting watching the snow fall, listening to the Gospel Train on the radio, and having my own worship service.

O give thanks unto the LORD, for He is good: His mercy endureth forever. Let the redeemed of the LORD say so, whom He hath redeemed from the hand of the enemy.And gathered them out of the lands, from the east , and from the west, from the north, and from the south.

Fools because of their transgression, and because of their iniquities, are afflicted. Their soul  abhorreth all manner of meat; and they draw near unto the gates of death. Then they cry unto the LORD in their trouble, and He saveth them out of their distresses. He sent His word, and healed them, and delivered them from their destructions. Oh that men would praise the LORD for His goodness, and for His wonderful works to the children of men! And let them sacrifice the sacrifices of thanksgiving, and declare His works with rejoicing. 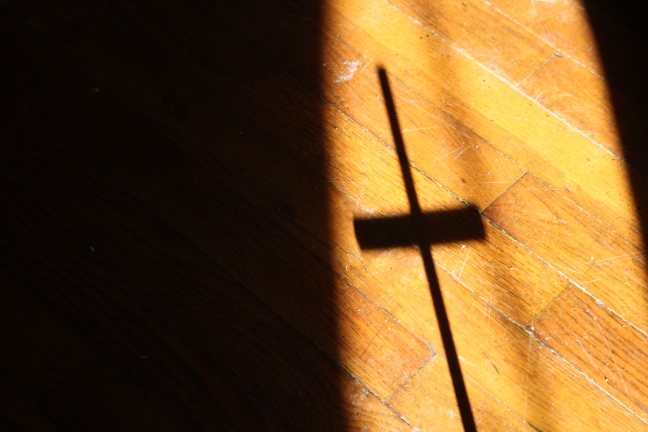 And they journeyed from the Hor by the way of the Red sea, to compass the land of Edom: and the soul of the people was much discouraged because of the way. And the people spake against God, and against Moses, Wherefore have ye brought us up out of Egypt to die in the wilderness? for there is no bread, neither is there any water; and our soul loatheth this light bread. And the LORD sent fiery serpents among the people, and they bit the people; and much people of Israel died. Therefore the people came to Moses, and said, We have sinned, for we have spoken against the LORD, and against thee; pray unto the LORD, that He take away the serpents from us. And Moses prayed for the people. And the LORD said unto Moses, Make thee a fiery serpent, and set it upon a pole: and it shall come to pass, that every one that is bitten, when he looketh upon it, shall live. And Moses made a serpent of brass, and put it upon a pole, and it came to pass, that if a serpent had bitten any man, when he beheld the serpent of brass, he lived.

And hath he quickened, who were dead in trespasses and sins; wherein in time past ye walked according to the course of this world, according to the prince of the power of the air, the spirit that now worketh in the children of disobedience: among whom also we all had our conversation in times past in the lusts of our flesh, fulfilling the desires of the flesh and of the mind; and were by nature the children of wrath, even as others. But God, who is rich in mercy, for His great love wherewith He loved us, even when we were dead in sins, hath quickened us together with Christ, by grace are ye saved; and hath raised us up together, and made us sit together in heavenly places in Christ Jesus: that in the ages to come He might shew the exceeding riches of His grace in His kindness toward us through Christ Jesus. For by grace are ye saved through faith; and that not of yourselves: it is the gift of God: not of works, lest any man should boast. For we are His workmanship, created in Christ Jesus unto good works, which God hath before ordained that we should walk in them.

And as Moses lifted up the serpent in the wilderness, even so must the Son of man be lifted up: that whosoever believeth in Him should not perish, but have eternal life. For God so loved the world, that He gave His only begotten Son, that whosoever believeth in Him should not perish, but have everlasting life. For God sent not His Son into the world to condemn the world; but that the world through Him might be saved. He that believeth on Him is not condemned: but he that believeth not is condemned already, because he hath not believed in the name of the only begotten Son of God. And this is the condemnation, that light is come into the world, and men loved the darkness rather then the light, because their deeds were evil. For every one that doeth evil hateth the light, neither cometh to the light, lest his deeds be reproved. But he that doeth truth cometh to the light, that his deeds may be made manifest, that they are wrought in God.

This is the Word of God for the people of God.  Thanks be to God!

What kind of God do we serve?

A God of Mercy And Grace.

A God Who Cares About Every Detail Of Our Life.

A God Who Desires A Relationship With Us.

A God Who Wants To Use Us To Bring Light To Those Living In Darkness.

Do you trust God enough to answer His call on your life?

Whatever it may be?

Or are you trying to play “Let’s Make A Deal” with God.

God knows you better than you know yourself.

God has a task prepared especially for you.

Will you trust Him and accept it?

For by grace are ye saved through faith; and that not of yourselves: it is the gift of God: not of works, lest any man should boast. For we are His workmanship, created in Christ Jesus unto good works, which God hath before ordained that we should walk in them.